We live in an age of increasingly simplistic perceptions of others. Now, more than ever before, we are connected to the world around us; however, our connections are increasingly shallow, bite-sized, and vapid. Sustained, meaningful interactions with another person have become increasingly replaced by short bursts of text messages, status updates, and shared memes.

We are given snapshots (or Snapchats, perhaps) of others, but not a full sense of who others really are. As a teacher, one of my greatest joys is helping students broaden their perspectives of the world. But it is more challenging than ever to look beyond one’s own reality, when outside of it, what one sees are merely shadows, and not truth.

This is why it is more vital than ever before that we encourage the exchange of ideas and perspectives in our classrooms and schools. This often, and necessarily, takes the form of respectful classroom discussion, or through simply being exposed to new concepts, perspectives and ways of thinking as part of the curriculum. Nevertheless, there is something also especially powerful about the form of communication and understanding wrought through the acts of public speaking and debating.

We all know, of course, that participation in debating and public speaking offers students the opportunity to build confidence and to learn to communicate effectively. Both activities empower students to bring forth their inner perspectives to the world around them. They are also useful pedagogical tools, literally placing the student voice at the centre of the classroom.

But the value of public speaking and debating is also somewhat spiritual and transcendental. At their heart, both activities facilitate our most profound understanding of another human being.

In essence, debating and public speaking are outlets for allowing perspectives (inner realities) to manifest sonorously into the world. A human perspective is not really something which can be passively consumed in 280 characters or 10 seconds of social media video content; it is something more raw, more personal, more multifaceted, complex, and full. And, in turn, a fully delivered speech is not a simple, digital moment to be consumed with mild curiosity; its sheer presence demands the audience’s full attention and awareness.

When we watch someone else deliver a full speech, whether it is in person or over the internet, we are made to appreciate the wholeness of a different worldview. The person delivering the speech is putting their voice, their body, and their presence on the line, in order to communicate to the audience a point of view that they believe is valuable and compelling. When someone is speaking to us, in public, something is at stake. That is why we are more inclined to listen purposefully and, in that moment, to truly yearn to know someone beyond ourselves.

Ultimately, debate and public speaking are about more than the communication of ideas. They enable us to sift beyond the superficial and lead us to appreciate fully the rich, enormous world contained within another human being.

Vincent Chiang (OM 2010) commenced teaching English and Philosophy & Religious Studies in the Senior School in 2018. He was appointed the Teacher in Charge of Debating in 2020.

As a student at Melbourne Grammar School, Vincent was Captain of Debating. He was the recipient of numerous academic awards, including a Premier’s VCE Award in 2009 for his outstanding result in Classical Societies and Cultures, and again in 2010 for Literature. Vincent was Vice-Captain of Rusden, Captain of the Symphonic Wind Ensemble and acted in several School productions during his final year at the School. 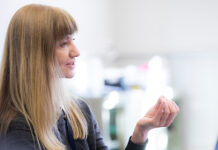 On the importance of reading good books 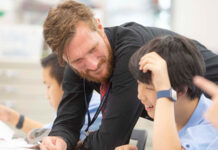 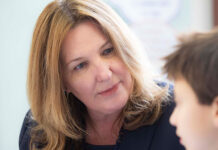