As a community, Wadhurst is a place where students have opportunities to explore passions and interests, and to build confidence in who they are. It is also where students begin to build a more mature understanding of what we mean by leadership.

At Melbourne Grammar, leadership is focused on positive influence – the work of encouraging others to come together in the service of a larger goal, ideally for the betterment of others.

Leadership as a continuum

“When we talk about student leadership, we have to accept that it looks quite different from adult leadership,” says Head of Wadhurst Anna-Louise Simpson. “During the middle school years, part of our role is to help students to understand themselves as individuals. Discovering their own particular leadership strengths is part of that.”

According to Anna-Louise, building an understanding of leadership is also an opportunity to challenge long-held stereotypes.

“There are many paths to manhood, and there are just as many ways in which to serve as good leaders,” she explains. “It could be something as small as working with others on a maths problem or an art project, or it could be as formalised as serving as a peer mentor, a House Captain, or running an assembly. We also publish student writing in formal publications across the year to enable them to provide influence as thought leaders within Wadhurst. Here, ours is a more inclusive, informal view of leadership that’s open to everyone.”

“As students progress through middle school, they’ll have many opportunities to lead, as well as opportunities to learn from others, including Senior School students and young Old Melburnians,” Anna-Louise adds. “This is important to build a sense of aspiration in our students. You cannot be what you do not see.”

For the 2022 Captain and Vice-Captain of Wilhelm House, good leadership has little to do with control, or with being the loudest voice in the room. “Good leaders look out for others,” says Wilhelm Captain Tom Darcy. “They stand up for the people around them and do the right thing.”

“Leaders can think on the spot, and think not just for themselves but for the whole group,” adds Vice-Captain Tomorrow Zhang. “They’re people who have strong morals and core principles.” Tom and Tomorrow have recently felt what it’s like to take on a major leadership role, working as part of a team that organised and ran a Wadhurst assembly on behalf of Wilhelm House.

“We had multiple meetups and revised the script a number of times to prepare,” explains Tomorrow. “We put in a lot of preparation and I think it’s that preparation that made the assembly run smoothly.”

“Being a leader changes your views and your actions,” adds Tom. “The whole group of Wilhelm leaders make sure we do our bit.” 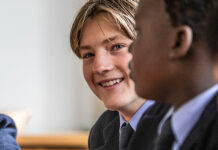 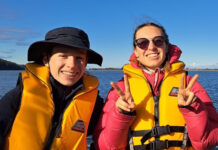 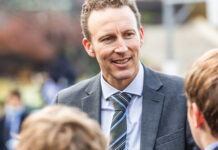