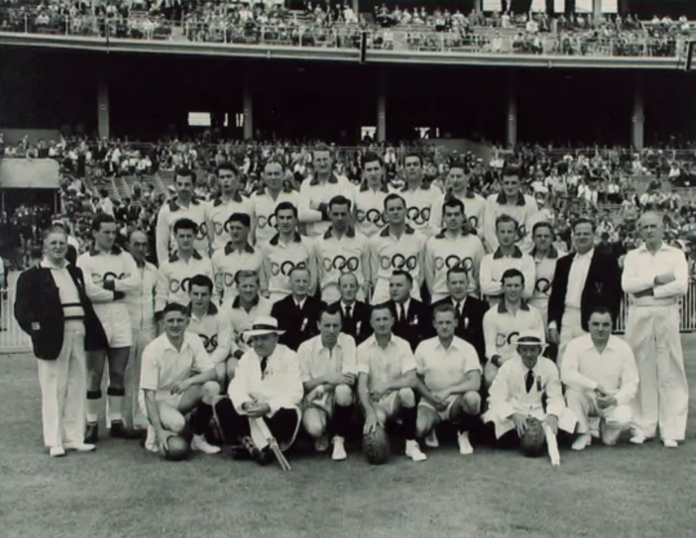 On Friday 7 December 1956, the day before the Melbourne Olympics closing ceremony, a crowd of 30,000 people watched a demonstration game of Australian Rules football at the MCG with Old Melburnian representatives on both sides of the competition.

A Victorian Amateur Football Association (VAFA) team played against a combined Victorian Football League (VFL)/Victorian Football Association (VFA) team. Both sides competed with the Olympic rings emblazoned on their shirts. The VAFA team wore a white guernsey with green trims, white shorts and white socks with green tops, while the VFL/VFA combined team wore green with white trims, and black shorts. Every player was able to enter events across the 1956 Melbourne Games for free.

This video provides a 1956 media report about the game. (Note that it may be slow to load.)

Commitment, enthusiasm, and the secret to rowing success

A two-way exchange of experience and knowledge